You know what I love most about writing? You get to go places you never expected to go. I spent the afternoon researching the new book while waiting for my slooooow printer to kick out pages. And if you haven’t already figured it out, let me fill you in on a little secret: The internet is a writer’s best friend. You can go anywhere on the net, and I don’t just mean from site to site, I mean from one exotic location to another. Forget the high cost of fuel. You don’t need that airline ticket anymore. With a quick click, you can go virtually anywhere you 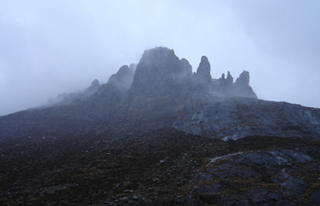 want, learn about anything that interests you.

Where did I go today? Well, I started my journey in the Andes of Peru, but in all honesty, it was pretty cold there, and the terrain was a bit rough for my taste. Liking a warmer climate, I c

rossed the vast continent of South America and made my way to Brazil, where I partied for a bit in Sao Paulo, and Rio de Janeiro, then slipped into a few caves in Minas Gerais. I could probably go on and on about cave formations – since that was the target of my research this afternoon – but I’ll spare 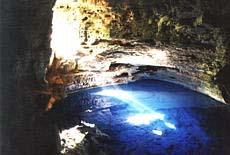 you the technical terms and save it for the book. Suffice it to say, the fact that I probably wouldn’t ever get into a tight-fitting cave because I’m claustrophobic doesn’t mean I can’t go there via the world wide web and experience the beauty from the comfort of my couch.

outh America behind, I crossed the Caribbean for a quick stop in Jamaica where I was (again) looking at cave information when I got distracted by this way cool resort called (appropriately) The Caves. They’re little bungalos set over caves in Negril. How cool is that? I’ve been to Negril, and I don’t remember those. Maybe because our beach looked more like this. So I stayed

and played and when I’d had my fill of fun and sun, decided to hightail it out of the Caribbean and head for Europe.

That brought me to Greece, of course. I mean, how can you research archaeology witho

ut going to Athens? And since a big chunk of the WIP is rooted in Greek Mythology, it only made sense.

When I was in Reno I sat in on a question and answer session with Nora Roberts. Someone asked her if she’d ever been to Alaska because in her recent release, Northern Lights, she wrote so eloquently about the great state. No, she said, she hadn’t been there, and after all the research she’d done on that book, she didn’t need to physically go there anymore – she’d lived it in her mind. That’s a pretty amazing thing when you think about it, especially since most of us will never get to travel to the exotic locations we write about. I want to go to Europe, I’d love to visit Brazil. I’m pretty sure I’ll never make it to the Andes, and I have a strong hunch I won’t ever slip into a cave near Sao Paulo. But I can go there anytime I want via the web. And that’s a rather cool thing, because it means my characters can go there anytime I want to send them.