ZANDER — The most feared of all the Eternal Guardians. It’s rumored he can’t be killed, and he always fights like he has nothing to lose. But even he has to have a vulnerability… somewhere.

Forces of daemons are gathering and have broken through the barriers of the mortal realm. Now more than ever the Eternal Guardians are needed to protect both their own world and the human realm. Zander can’t afford to think about what might have been with the bewitching physician he once regarded as his soul mate. But with eternity stretching before him, he also can’t fathom spending his life without the one woman who makes him feel most alive. Perhaps he’s found his weakness, after all… 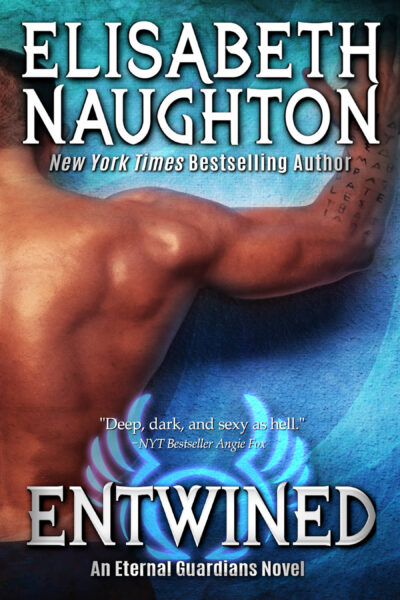 ZANDER — The most feared of all the Eternal Guardians. It’s rumored he can’t be killed, and he always fights like he has nothing to lose. But even he has to have a vulnerability… somewhere.

Forces of daemons are gathering and have broken through the barriers of the mortal realm. Now more than ever the Eternal Guardians are needed to protect both their own world and the human realm. Zander can’t afford to think about what might have been with the bewitching physician he once regarded as his soul mate. But with eternity stretching before him, he also can’t fathom spending his life without the one woman who makes him feel most alive. Perhaps he’s found his weakness, after all…

Callia turned away from the window without meeting his eyes, dropped her arms and pointed toward the end of the king’s now-empty desk. “There. Sit.”

Zander crossed the floor silently in bare feet and eased a hip onto the end of the king’s long desk. He tested the piece of furniture for stability, and when he was sure it wasn’t going to collapse under his weight, scooted back until his legs were hanging over the edge and his bare feet dangled inches above the floor.

She didn’t say anything about the fact he wasn’t completely naked, and he wasn’t about to bring it up again. To distract himself, he stared down at his toes while she moved around the room. She pulled a small side table with her supplies next to her. Seconds later he felt her hand land on his back and couldn’t stop the way he arched in response. When she said, “Deep breath,” he forced himself to relax as she moved the stethoscope around, obviously listening to his lungs.

The metal against his skin was cold, but her fingers were warm and silky—too warm and silky. His blood was already heating just from being this close to her, and every time she brushed his skin, it set off tremors deep in his body. He focused on his breathing—on the steady in and out—in an attempt to stay calm. When she moved around to stand in front of him, repeating the order, he averted his eyes from her face and focused on the fitted white sweater she wore instead.

Her gasp brought his head up. “What happened to you?”

“That’s not nothing.” She focused on his shoulder as she looped the stethoscope around her neck, reached for her bag and came back with gauze and supplies.

“Leave it,” he said before she could touch him. “It’s just a flesh wound.”

She dabbed at the dried blood with a wad of gauze. “The muscle’s torn. You need this stitched closed before infection sets in.”

He grabbed her wrist, stilling her motion. A jolt ran through him at the contact, but he ignored it. The last thing he needed was her hands on his body more than was already necessary. “I said leave it.”

Her eyes slid from the wound to his face and held. And before he realized it, he was staring into eyes like a Caribbean sunset in the human world. Eyes he’d looked into countless times before as they’d made love. Eyes he’d dreamed about numerous times in the years since until he’d woken in a cold and aching sweat.

Thoughts vanished from his mind. The connection they’d had from the first sparked deep in his chest, burned in the bottom of his soul. Tempted him to reach for her and find out if she felt it, too. He couldn’t be the only one who remembered, could he? She had to feel something when she saw him. When she stood this close. When she touched him.

Thoughts, memories, feelings he’d kept buried for a long time pushed in as he stared into her gem-like eyes. A movie of their time together flickered in front of his face. And then when he got to the part where she betrayed him, that blaze went out. Leaving behind nothing but charred ash and ruins.

It didn’t matter what she felt. Their past was over and done with. The Fates had screwed him in more ways than one. There wasn’t anything about her now that could change what had happened back then.

He dropped her hand as quickly as he’d grabbed it. Then glanced back at her sweater. “Finish the exam.”

Which—dammit—didn’t do shit to cool him down because her breasts were now all he could see. Oh, man, they were as round and plump and gorgeous as he remembered, and he was almost sure he could see her nipples straining against the soft cotton. If he lifted his right arm, just a little, he could touch one. Could feel the nub swell and harden beneath his fing—

She stepped back slowly. Set the supplies and her stethoscope down. Cleared her throat. The sound brought his thoughts back where they should be. But the quiver to her voice when she spoke told him his harsh command had gotten through loud and clear. And why that made him feel like an ass, he had no clue. “We’ll just go on with the brunt of the exam then. There’s no need for the standard poking and prodding.”

Relief swept through Zander. That suited him just fine. He only wanted out of this room. Preferably sooner rather than later.

“Sit up tall,” she said. “And close your eyes.” He did as he was told, gripping the edge of the desk with his hands and straightening his spine, thankful her voice was once more level and direct and that now, at least, he didn’t have to look at her. “Good. Now, you’ll likely feel warmth as I search for any abnormalities, maybe a pinch there in your shoulder, but for the most part this shouldn’t be painful.”

Maybe not for you.

He drew in a deep breath, tried not to frown, and though Callia didn’t touch him, he felt her hands hovering mere centimeters from his bare chest. As a healer, she had the ability to seek out problems within the body and focus her energies to restore balance and health. Argoleans were less susceptible to disease than humans and healed faster, but at the core they were still mortal. Though Zander knew she wasn’t going to find anything wrong with him.

“Easy,” Callia murmured. “Breathe slowly, in and out. That’s it. Just let your mind wander and your body relax. Good. That’s…good.”

There was something oddly calming about her voice—always had been—and the heat radiating from her fingers warmed first his skin, then seeped deep into his muscles, and finally, his bones. She was probing his body, searching for ailments, but it almost felt like she was reaching inside him with her bare hands, crawling into his skin and making herself at home. Warmth slid through his chest, inch by inch as her fingers shifted and her hands moved over him. And oh, man, he liked it. Liked the way she filled him. It felt good. Calming. Complete. The way he imagined the Elysian Fields probably felt when one passed to the afterlife.

Out of nowhere the pain in his shoulder jackknifed, sending sparks to his brain as if he’d been sliced all over again. He gasped, tensed, dug his fingernails into the wood of the king’s desk.

His eyes flew open. He stared at her as he gritted his teeth in pain. Her face was scrunched up as if she felt it too, but her eyes remained closed and she didn’t pull her hands away.

The wound. She was in the fucking wound. “No,” he rasped between clenched teeth, fingers digging deeper into the wooden desk. “It’s…fine.”

“Ilithios.” Ever the professional, she left it at calling him an idiot and didn’t push again. Soon her fingers were moving once more, sliding away from his wound until the pain lessened and warmth returned to his chest.

Holy Hades. He blew out a ragged breath. That was most definitely not a pinch. If she’d ever wanted to hurt him, she could have done it with barely a flick of her finger.

“I need you to focus again, Zander,” she said firmly. “Relax. Close your eyes.”

He took another deep breath. Tried to think about…nothing, like she’d suggested. And succeeded, for all of two seconds. Until her hands started moving south. Down his ribcage and abdomen, and stopped to hover right over his bellybutton.

“Lie back,” she said. “And spread your legs slightly.”

Listen to a sample: 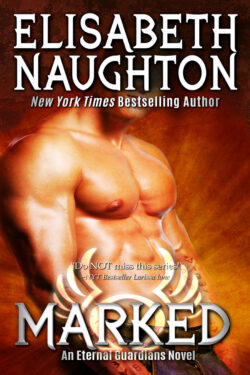 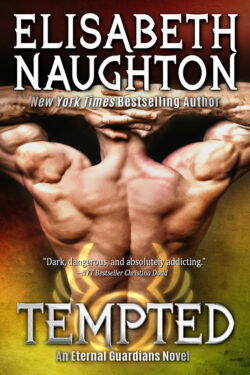 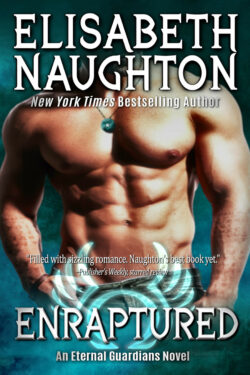 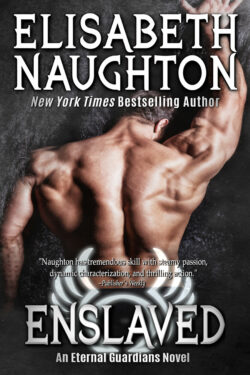 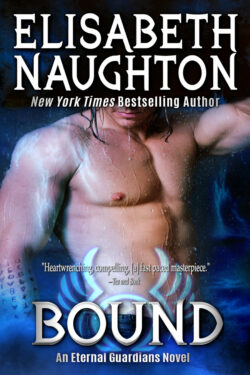 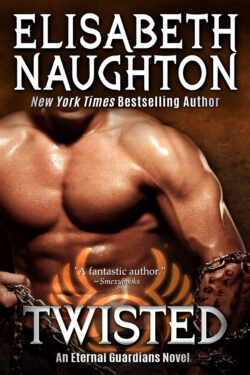 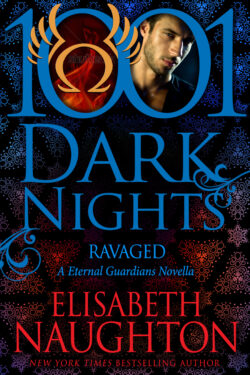 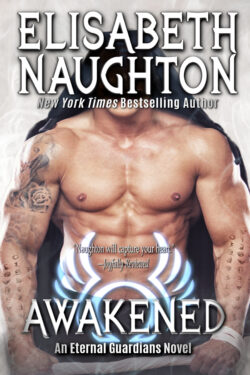 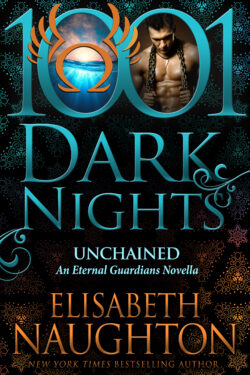 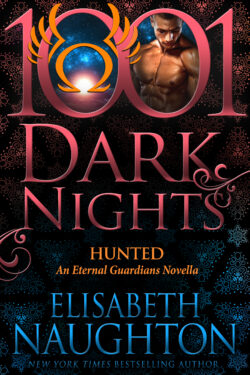 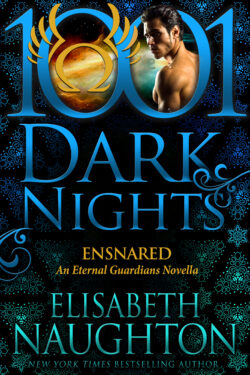 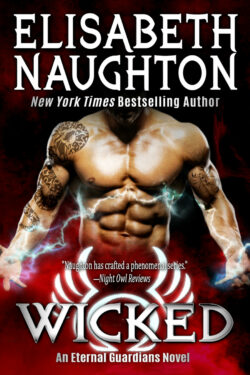